WHODUNIT? After what we just learned about the BP disaster , it behooves us to investigate this CHEVRON spill in Mormon country as well. - BP Catastrophe Part I addendum 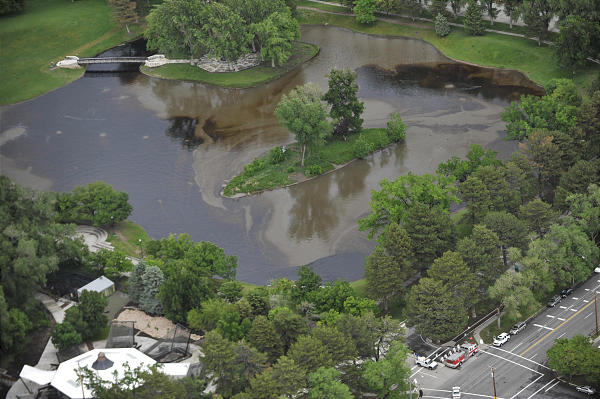 Contacts on the oil spill
The public may register questions or concerns regarding the Chevron oil spill with the city in three ways. The Salt Lake Joint Information Center will field calls at 801-535-7171, or the public may e-mail oil@slcgov .com or fill out an online form at www.slcgovb.com. Community Emergency Response Teams will be visiting affected neighborhoods today to distribute information.( Deseret News)

MAKE SURE TO SEE THIS UPDATED ( AND MUCH MORE EXTENSIVE) INCRIMINATING REPORT ON THE BP OIL SPILL IN THE GULF OF MEXICO:
If even Dr. Len Horowitz blames the Vatican for th...

If it turns out this was also sabotage, we will have to consider that war has been declared against the United States.

But even if this one was an accident and not sabotage, the first event in the Gulf of Mexico is enormous enough to qualify as an act of war, if we can prove deliberate intent on the part of the Vatican, via the Knights of Malta and co - they would be the ones to have perpetrated it. Read more about it in the article linked above, and in future articles about this topic. Look for labels BP, Vatican schemes and lies.

The US infrastructure is a-failing along with many other things, regretfully, from bridges to highways and pipelines, etc.
It would take anyone making a small error adjusting pressure to...
oops, an oil leak......


.....Negligence on maintenance can easily be turned into an suspicious act.
We will never know.