TRIBUTE TO, AND DIRE WARNING BY, THE LUBAVITCHER REBBE, ZECHER TSADDIK LIVRACHAH 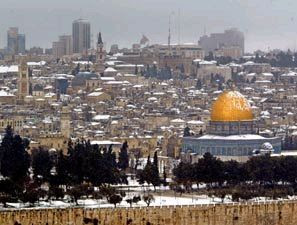 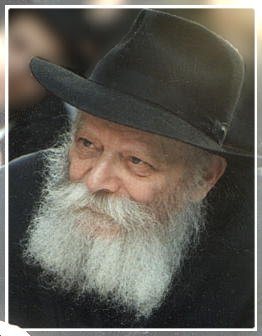 As you probably already know, today is the 15th Yahrzeit of the late Lubavitcher Rebbe.

I still remember the Rebbe: about 18 years ago, we went down from the Catskills to Crown Heights for a three day stay, including Shabbat - or was it Shavuot? I can't exactly remember that -; but I do still remember standing on line, waiting along with thousands of people, for a minute to spend with the Rebbe. I remember him giving me and my son, each, a dollar. I remember his wide blue eyes, feeling that they were piercing my soul. I remember my son, who was about eight years old at the time, sitting at his feet for a good long hour during a 'Verbrengen', while the Rebbe spoke. I remember that his presence was so intense, it filled the room. I mostly remember his eyes, that seemed enormous and clear blue, like the wide blue sky.

I was very upset about this whole controversy that arose after his passing, and the circus that was made after his death, with people starting to idolize him. I had the highest, greatest respect and love for him, for the incredible brachot he gave people, and to myself. But I cannot accept the distortions of reality that people go through , somehow denying that unfortunately, he passed away. Now his great Neshama is helping us and following us, while we do the work that needs to be done.

Here is an excerpt that was sent to me by Anonymous, that should send shivers down our spines, considering the gay parade today.... but then there was the uplifting event of last night, which made me feel that maybe, MAYBE , THE GOOD WILL OUTWEIGH THE BAD.


The Lubavitch Rebbe, zs'kl, forewarned: "Yerushalayim will have to be freed once more"

Recently, Yom Yerushalayim was celebrated. We bring a relevant excerpt of an interview with former MK Geula Cohen, who relates what the Lubavitcher Rebbe, zs'kl, told her years ago regarding Yerushalayim.

"I visited the Lubavitcher Rebbe immediately after the Six Day War. During the course of the conversation, the Rebbe spoke harsh words also about Yerushalayim.

"The Rebbe said that Yerushalayim wasn't occupied because of a deep inner desire to free our holy places, rather due to external pressure. This was obvious in the way that the IDF was requested not to damage anything, and cost the lives of soldiers.

"He also spoke of the uncertainties that were part of the war that they hadn't prepared to occupy our holy places, and didn't identify themselves with those places, and have no empathy for them. Therefore the Rebbe said that he is concerned that Yerushalayim will have to be occupied once again.

"In that same conversation, he said that this occupation will not hold out, and that the city will have to be fought for again.

"When the Rebbe told me this, I was extremely alarmed. When the Rebbe noticed this, he tried to calm me, and said that certainly things may change, if the leadership changes their mode of thought. But this is what the Rebbe felt, and what he told me at that time.

"At first I was wary of publicizing what the Rebbe said. At the time, his words seemed unrealistic. Only after a while, when we all see the situation, I publicized the Rebbe's words."

Excerpt from an interview aired on Reshet Moreshet, with Uri Revach. www.sos-israel.com

A TRULY GREAT MAN. HE IS SORELY MISSED!

I know exactly what you mean by your story about the Rebbe, zichron l'bracha,
In Cleveland I was the secretary for the local Chabad House. (The only secretary that between office work, cooked for many people),.

In a very hard time of our life, I went with a group of women. Mozae Shabbat I stood in line for hours, and learned a lot about his ways from the answers he gave to the women before me, but my story is a miracle one which I have told to hundreds of people, both hiloni and religious. He changed our lives and I have his pictures all over my house, and I bless him each day...

I have a lot of the Rebbi's books, including two that have the stories of tales of people like you and me. Fantastic, and I knew a few of the people included personally.