Re: "BIRD EYE'S VIEW ON H1N1" DIGEST FOR THE LAYMAN, THE UNINITIATED... AND YOUR AVERAGE CURIOUS, BUT LAZY READER 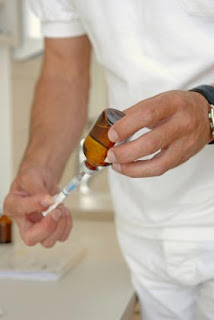 Nobody is going to read a 130-page medical document.  My first boss taught me, "If you can't say it in a page, you can't say it."  I'm not saying that this can be presented in one page, but it certainly can be in a short article of up to 6000 words.  If not, then there is no message to get out.


I said it in exactly 15 lines as well. Did you bother to read the DIGEST that I sent to everybody? Is your life precious enough for you, or is taking vacations and earning money more important? Your choice.

In this paper I am presenting overwhelming evidence, gathered from as many sources as I was able to find in the short time available to me, that the H1N1 INFLUENZA PANDEMIC of 2009 has been planned for a long time; that the 1918 Pandemic influenza virus was deliberately reconstituted in a lab, for the express purpose of creating a need for influenza virus vaccines; that the vaccines create a huge financial bonanza for the companies manufacturing them; that the majority of those companies have a very dark, Nazi past ; that they are interconnected ; that the vaccines are very unsafe, and in fact are experimental drugs with very serious problems; that whoever receives these vaccines will be an unwitting guinea-pig; that there are very dangerous side-effects to be expected from these vaccines, even many deaths; that the surreptitious lacing of the vaccines with live infectious agent and/or anti-fertility vaccines is a very real possibility, considering the history of a majority of the companies manufacturing those vaccines; that this plan was engineered by the WHO and the UN; that it is being financed by mostly private non-profit organizations that heavily subsidize the UN; that the goal is WORLD CONTROL AND EUGENICS, DEPOPULATION OF THE PLANET - eliminating "undesirables" - to about 9/10 of its current population; and that this plan, put into effect on July 7th , 2009, received the full blessing and guidance of Pope Benedikt XVI who demanded a UN "with teeth" and a NEW WORLD ORDER, in his encyclical CARITAS IN VERITATE, released to the world at the exact same moment as the decision was made to inoculate the whole world.... and that only select people will be able to receive the real antidote to the H1N1 influenza virus, a monoclonal antibody jointly manufactured by the Burnham Institute, the Dana Farber Institute, and the CDC.

I also recommend several steps that the government of Israel should immediately take to protect its Jewish population, a clear target of extermination throughout the ages, as well as today, considering the source of this engineered pandemic.

Sometimes details are necessary to understand. The advice is free, as far as I know, NOBODY paid me for this research.

So if you want to improve on it at your expense, go ahead. I have done my duty. Maybe now it is your turn to make an effort too.

As an example., the article I just sent out. The headline says it all. You want to know more? Read. You DON'T want to read? Be my guest; it's your life.