HERE WE GO! PUT ON YOUR SEAT BELTS! Better get OUT OF THERE QUICK, friends, before your turn comes. 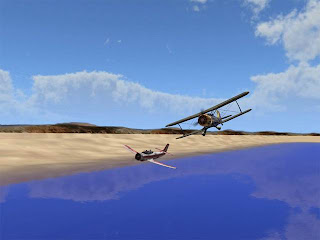 FASTEN YOUR SEAT BELTS: OFF WE GO!

The government should speed availability of at least a little swine flu vaccine next month instead of in October, the president's scientific advisers recommended Monday.

The report also urges that federal health officials do more social networking to put the young people targeted by the virus on notice; clarify who should use anti-flu drugs and how; and improve tracking of the fast-moving virus.

The Obama administration said it already is taking many of the steps recommended in the 68-page report from the President's Council of Advisors on Science and Technology, a group of leading scientists. For example, the Centers for Disease Control and Prevention expects to issue revised flu treatment guidelines by month's end. It reports over 300,000 followers of its emergency Twitter, up from 30,000 when swine flu first struck in the spring.

The vaccine issue is tougher. The council recommended that manufacturers begin packaging bulk vaccine into vials and syringes immediately so some could be available in September for those at high-risk, rather than awaiting the results of studies under way to settle dosing and other questions. The government already has asked all five manufacturers to bottle its doses as soon as they're ready "to assure the earliest possible availability," says a White House progress update.

But just last week, health officials announced a delay with swine flu vaccine production for a number of reasons, including a logjam at those packaging factories. While the government initially expected to launch swine flu vaccinations with 120 million available doses around Oct. 15, it now estimates it will have just 45 million doses on hand then — with about 20 million more shipped each week through December.

There's plenty of vaccine against regular winter flu, which also is expected to circulate, and clinics and retailers have begun those inoculations.

Copyright 2009 The Associated Press. All rights reserved. This material may not be published, broadcast, rewritten, or redistributed.

What to you sugget for people who want to leave to go to Israel but can't even afford plane tickets fro themselves and their families....they have no family to go to in Israel so even if they came up with their tickets...they have no where to go no work, food, shelter or medical help. It is easy to tell people to leave but shouldn't the goverment of Israel help by providing tickets and long term housing(more then 7 months), medical for both adults and kids and food? if we the less fortunate jews could have at least that there will be nothing stopping us from leaving the next day....we are trapped just like in the Shoa....sure the border is open but no one helps to come up with real solutions. Maya