OUTRAGEOUS LIES AND OTHER TOPICS.....Remember Doug Casey? An astute investor with a holistic view. Worth reading what he has to say about the current financial crisis, and how to survive it. Smart, as usual. But first, take a look at this outreageous and concerted lie I have uncovered! 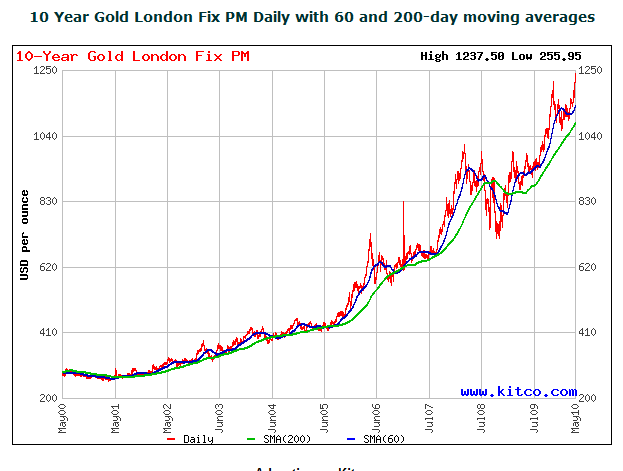 Amazing how, now that gold has retreated by almost $50, Yahoo Finance has come back to life and reports the price of gold.


It seems that for the media, there is a CAP on how high the price of gold can go before there is a GAG ORDER ON REPORTING about it.

Definite MANIPULATION here - WHO GAVE THE ORDERS?? - , an intent to present gold as a LOSING INVESTMENT; which tells me that EXACTLY THE CONTRARY IS TRUE.


They WANT you to believe that. The propaganda machine - the CFR-owned media - is at it in full force.
Remember, whatever the lying media try to pound into you, believe the exact opposite and you will be much closer to the truth. Based on the evidence above, I'd say this axiom certainly applies to gold as well.