Listen to this "Swiss Whiz": don't you just love his honesty? In a few short sentences, he says it all.

Thanks to Zero Hedge...
... And here is another sharp perspective:
http://theeconomiccollapseblog.com/archives/empty-promises-5-reasons-why-barack-obamas-state-of-the-union-address-was-completely-wrong-about-the-economy


Empty Promises: 5 Reasons Why Barack Obama’s State Of The Union Address Was Completely Wrong About The Economy 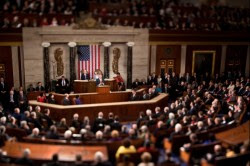