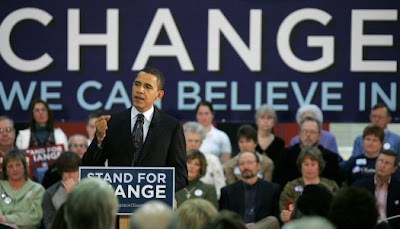 The change in regional mood after Tunisia

posted January 21, 2011 at 11:22 am EST
It’s hard to overestimate the extent to which Tunisia’s uprising has captured the imagination of the Arab world.
They’ve been transfixed by the previously unthinkable images carried by Al Jazeera (and delighted by commentators describing other regional leaders as despots and worse on the channel’s free-wheeling talk shows):
Scenes of average Tunisians climbing on the roof of the Interior Ministry (a building whose iterations from Algiers to Cairo to Riyadh stirs fear and loathing in reform-minded citizens); thronging at the offices of the ruling party and tearing up its posters; sacking and looting the palaces of their leaders; the humiliation and rage of the young coalescing into street power that pushed out a tyrant.
One image really caught my attention today, on the Boston Globe’s excellent Big Picture photo blog (number 30 in the list, via the Arabist). A ragged Tunisian protestor facing down riot police with a loaf of bread wielded like an assault rifle. Economic hardship, defiance of the fear everyone lives with, the heady taste of freedom. It’s all there.
Protesters continue to push for all of the old regime's servants to be tossed out of the interim government today, unimpressed that the longtime servants of ousted President Zine El Abidine Ben Allie's formerly ruling Democratic Constitutional Rally (RCD) denounced their membership in the party yesterday.
Adding to the satisfaction – and the power – of events has been that no outside power, certainly not the distrusted US, had anything to do with this. This wasn’t US tanks pulling down Saddam Hussein’s statue or the US-backed Northern Alliance chasing the Taliban from Kabul.
Those events and their aftermath, particularly in Iraq, stirred dread and misgivings among Arab. As the bodies have piled up over 8 years of war in Iraq, they fed whispers that just maybe they were better off with the tyrants they know, the price of avoiding the dreaded fitnah – civil strife and unrest – that regime-backed Muslim preachers were always warning them against. Not this time.
A friend of mine in Cairo – middle class, apolitical, a Coptic Christian generally worried that freedom in Egypt might bring the Muslim Brotherhood to power – just quoted the deceased US labor leader civil rights activist Cesar Chavez on his Facebook page. “Once social change begins, it cannot be reversed. You cannot uneducate the person who has learned to read. You cannot humiliate the person who feels pride. You cannot oppress the people who are not afraid anymore. We have seen the future, and the future is ours."
There are millions like him now. This burst of enthusiasm could well fade, and as a host of knowledgeable commentators have pointed out, a wave of revolution washing over the rest of the regime is rather less likely than not.
In Cairo and Damascus the regimes have taken notice, are studying what happened in Tunis, and are preparing countermeasures.
A country like Egypt is much poorer than Tunisia, its middle class tinier and less relevant. In Algeria, the regime has the firm support of the military and the recent past shows they’re willing to plunge the country into civil war rather than fade from the scene quietly.
The oil monarchies of the Gulf? Black gold has helped buy the quiescence of most, funded security organizations that are effective and ruthless, and the deeper religious convictions of the population make that fear of fitnah more powerful still. Lebanon? Its volatile past and Shiite/Christian/Sunni mix, its deep entanglement with the Israeli-Palestinian conflict, make it as different from all the other Arab states as they are from each other.
But the minds of democracy activists and regime-opponents across the region are whirring, evidence that something they hoped was possible is possible is now before them. I sure don’t know what’s coming next and it’s hard to see how anyone could. But something. A new chapter has been opened.


Comment:
Maybe now, finally, Arabs will direct their rage where it belongs, and not on us; and let's hope that THE WHOLE MIDDLE EAST learns its lesson - and that includes Israel.
Posted by DS at 7:48 PM