.... Some tools for you; and of course, don't forget gold and silver mining stocks; mines are a minefield, though: learn to navigate them! 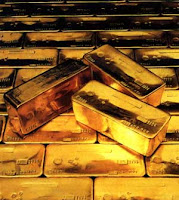 
Foreclosure Fraud: 6 Things You Need To Know About The Crisis That Could Potentially Rip The U.S. Economy To Shreds 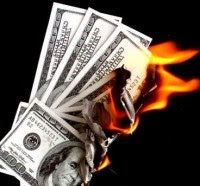 Gutting the dollar is now official!

by Martin D. Weiss, Ph.D. on October 17, 2010
It’s official now. The Fed said it in their meeting notes. And Bernanke said it again on Friday:
He’s going to run the money printing presses.
It’s the same trick we’ve seen in countries like Brazil, Argentina and Russia. It’s the age-old tactic of GUTTING THE CURRENCY — this time targeting the most important one on Earth, the U.S. dollar.
Larry Edelson has been warning about this for many moons. Our friend Franz Pick warned about it almost a half century ago. My father, J. Irving Weiss, issued his warnings about similar dangers even earlier.
How did they know? Because trashing paper currency is an insidious tactic that governments the world over have repeatedly used when skyrocketing deficits and debt threatened the collapse of their economies. It never works. It always ends in disaster.
And now …
Here it is — striking the U.S.
dollar directly and relentlessly!
Right before our very eyes!
I had hoped I’d never live to see this day. Now, here it is in aces and spades.
Our own Fed chairman has virtually sworn on a stack of bibles that he’s not only going to print paper money … he’s going to do it FAST!
Doesn’t he realize that every time a government plays these games, the majority of its people suffer? Doesn’t he know that our wealth is hopelessly eroded by the falling value of our currency? Doesn’t he remember the lessons of history?
Of course he does!
The real problem is he doesn’t seem to care. No matter how LOW the chances of these old tricks working … and no matter how HIGH the probability that they will backfire … Bernanke is determined to plow ahead ANYHOW!
Indeed, the fast track for Bernanke’s plan is no longer in dispute. And there’s no disputing how the markets are voting either:
Don’t be surprised if you see corrections in these markets. That would be normal. But if you do, they could be major buying opportunities.
Stand by for further updates. And never forget to keep most of your money SAFE.
Posted by DS at 2:51 PM