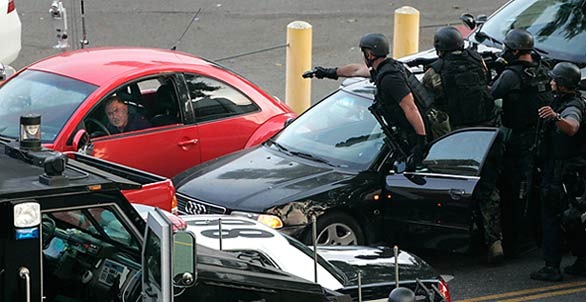 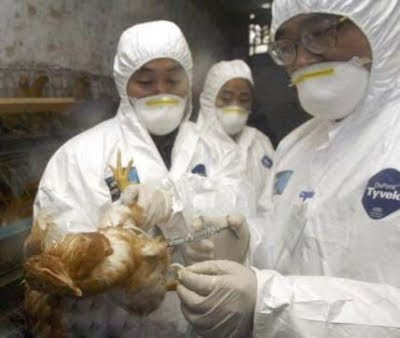 1. Moshe Bar Yosef arrested by swat team in L.A.: allegedly was about to spill the beans about Baxter's bioweapons program under the cover of H1N1 vaccine when he was arrested.

Did the vaccine infect him, or was he already infected before his injection?

Are there any more such cases? How about in Sweden, where so many nurses got very sick from the same vaccine: were they tested for live virus infection?

I think that from now on, EACH LOT WILL HAVE TO BE TESTED ON ANIMALS, SPECIALLY HERE BY US, BEFORE BEING INJECTED ON HUMANS.

I RECOMMEND THAT EACH AND EVERY MEDICAL FACILITY THAT CARES ABOUT THEIR PATIENTS DO THE SAME.

MAYBE LIVES WILL BE SAVED THAT WAY.

IN ISRAEL WE DON'T HAVE FERRETS, BUT WE HAVE LOTS AND LOTS OF STRAY CATS LIVING IN GARBAGE CANS IN NEAR STARVATION.

THEY COULD CONTRIBUTE TO HUMANITY BY BEING TESTED, BY LOCAL VETS,WITH H1N1 VACCINES, BEFORE THOSE ARE INJECTED INTO HUMANS.

I DON'T THINK THERE IS ANYTHING IMMORAL ABOUT THAT: HUMAN LIVES SAVED COME FIRST!


Ah, the White Protestants of Northen Ireland!
The Jesuit medica in full force against "accursed heretics."
DS replied:
What do you say of these fast, fast developments? Massive amounts of poison in the H1N1 vaccines: I am almost sure that quite a few lots are deliberately tainted. Each community should take upon themselves to test the poison on animals first.,

And what about the MASSIVE AMOUNTS OF DEADLY SQUALENE IN IT? FOR DEATH AND FOR STERILIZATION.

WON'T THIS BE EXPOSED THE WAY IT SHOULD BE, WITH PROOFS?
Eric replied:
I do not believe that this papal poisoning will be exposed unless the Lord gets involved....