My latest post on my other blog, "Beautiful Garden of Petach Gan Eden".

Raping the Land..... WHO gave them permission? And WHO will stop them? Chanukah Sameach. 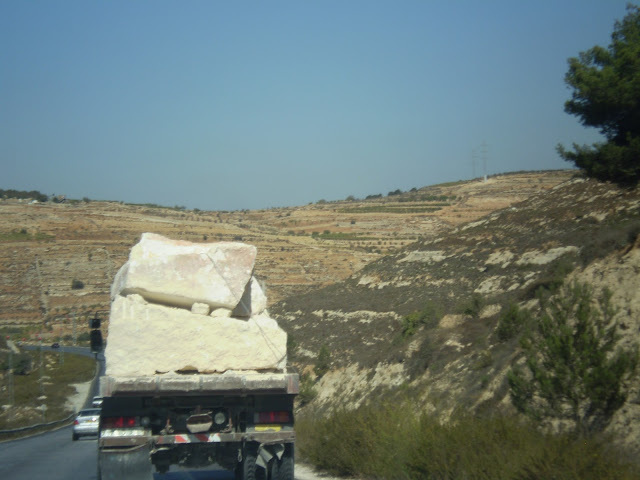 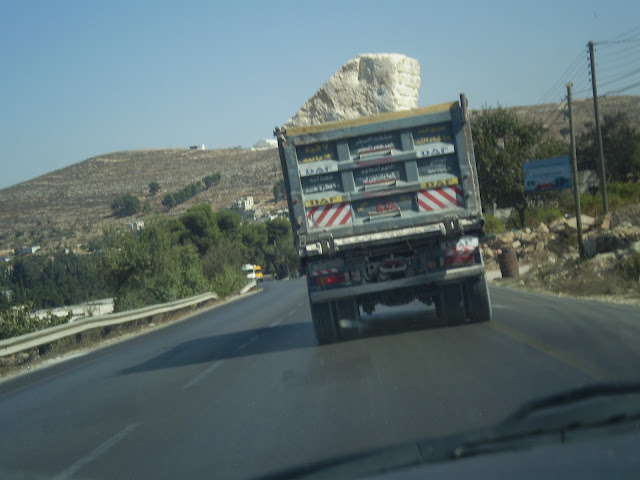 Day after day after day, month after month, year after year, Arabs dig deep into our ground, taking out our most beautiful limestone, our precious white or pink Jerusalem stone that adorns the most elegant buildings worldwide, and sell it to the highest bidders everywhere, thereby enriching themselves at our expense; Jerusalem stone is a highly prized commodity which belongs to the Jewish People, as bequeathed by G-d Himself. Remember, we received the WHOLE LAND: not just above ground, but below ground as well!
So, little by little, our beautiful limestone is being depleted, not to mention the horrendous environmental disaster produced by their careless, loveless plunder.
What else is being depleted? We already mentioned water. What about gas? What about oil being discovered as we speak? WHO will benefit the most? Is it Am Yisrael, or will it be greedy foreigners and their traitorous partners in Israel? 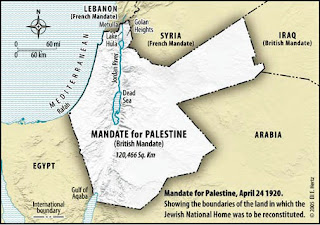 Do you remember that Lebanon is part of Eretz Yisrael? That Jordan is part of Eretz Yisrael? WHO gave those nations permission to rape our Land? Shall we remain silent as our eternal inheritance is being robbed, plundered, stolen, and sold to willing buyers? Do you realize that simply buying Jerusalem stone makes you an unwitting partner in the crime of rape of the Holy Land?
This only scratches the surface of the problem. More to come later.
Chanukah Sameach
DS
Posted by DS at 4:01 PM